Randy Graff is an American actress and singer. Award Winner Tony was born in Brooklyn, New York, and graduated from Wagner College.

Graff has been in films such as Keys to Tulsa and Rent as well as TV shows like Law & Order, NBC repeatedly. In addition to film and television, Graff has been in several shows Broadway.2 3 She played the role of Fantine in the musical Les Misérables when the production opened on Broadway in 1987, which included her version of "I Dreamed a Dream" also on the soundtrack released in 1990. She has also appeared in Broadway revivals of the musicals Damn Yankees and Fiddler on the Roof. 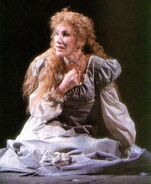 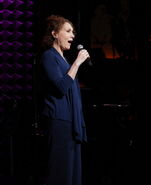 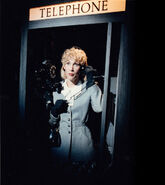 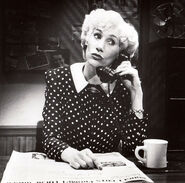 Add a photo to this gallery
Retrieved from "https://lesmiserables.fandom.com/wiki/Randy_Graff?oldid=27158"
Community content is available under CC-BY-SA unless otherwise noted.