Patti Ann LuPone is an American actress and singer, best known for her work in stage musicals. She is a two-time Grammy Award winner and a two-time Tony Award winner. She is also a 2006 American Theater Hall of Fame inductee. She played Fantine in Original London production.

LuPone was born in Northport, New York, on Long Island, the daughter of Angela Louise (née Patti), a college library administrator, and Orlando Joseph LuPone, a school administrator. Her great-grand-aunt was the celebrated nineteenth-century opera singer Adelina Patti. Her older brother Robert LuPone is an actor, dancer, and director who originated the role of Zach the director in A Chorus Line. Her other brother William LuPone is a teacher. When they were young, they performed on Long Island as the LuPone Trio. She is of Italian/Abruzzese descent, and a graduate of Northport High School, where she studied under the musical direction of voice coach Esther Scott.

LuPone was part of the first graduating class of Juilliard's Drama Division (1968–1972: Group 1), which also included actors Kevin Kline and David Ogden Stiers. She graduated from Juilliard in 1972 with a Bachelor of Fine Arts degree.

LuPone is married to Matthew Johnston. The couple were wed on the stage of the Vivian Beaumont Theater at Lincoln Center on December 12, 1988, after filming the TV movie LBJ; Johnston was a cameraman. They have one child, Joshua Luke Johnston (b. November 21, 1990). The family resides in Connecticut and South Carolina. 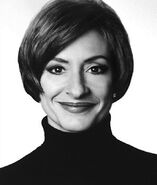 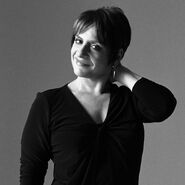 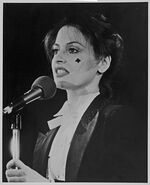 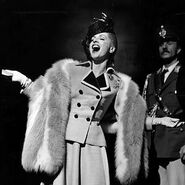 Add a photo to this gallery
Retrieved from "https://lesmiserables.fandom.com/wiki/Patti_LuPone?oldid=28114"
Community content is available under CC-BY-SA unless otherwise noted.