Michael Maguire is an American actor, best known for his role of Enjolras in the Original Broadway Production of Les Miserables and the 10th Anniversary Concert.This role won him a Tony Award in 1987. It also won him a Drama Desk Award and a Theatre World Award. In 1995 he was chosen to reprise the role in Les Misérables: The Dream Cast in Concert at the Royal Albert Hall in London, produced to celebrate the musical's 10th anniversary. His vocal range is a baritone.

Maguire was born in Newport News, Virginia, and, as a teenager, worked as a strolling troubadour in Williamsburg, Virginia, before going on to study opera at the Oberlin Conservatory and the University of Michigan. He worked as a stockbroker for several years before making his Broadway debut in 1987 with Les Misérables. He appeared in the films L.A. Pictures, Cadillac, Go Fish, The Deep End Of The Ocean, Busted, and Where The Day Takes You, as well as in a variety of television shows.

In 2008 he received a law degree from Southwestern Law School in Los Angeles. 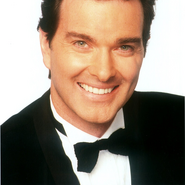 Original Broadway Cast
Add a photo to this gallery
Retrieved from "https://lesmiserables.fandom.com/wiki/Michael_Maguire?oldid=29111"
Community content is available under CC-BY-SA unless otherwise noted.