Colors of the wind

Judy Kuhn is an American singer and actress. She played Cosette in the Original Broadway production and 10th anniversary concert of the musical Les Misérables. In 2007, she played Fantine in the 2006 Broadway revival.

Kuhn  was born in New York City and grew up in Bethesda, Maryland. She attended Georgetown Day School in Washington.

She entered Oberlin College in 1976. Although she was very interested in singing and theater, she began Oberlin in the College, not the Conservatory. After taking voice lessons with Frank Farina during her freshman year, Kuhn decided to transfer into the conservatory. She transferred her sophomore year. Unlike other Oberlin Conservatory vocal performance majors, Kuhn was never interested in singing classical music, preferring musical theater and other types of music instead. She trained as a classical soprano and graduated in 1981. After college, she moved to Boston, where she waited tables and studied acting.

After appearing in summer stock, Kuhn moved to New York where she was cast in the U.S touring production of The King and I with Yul Brynner. 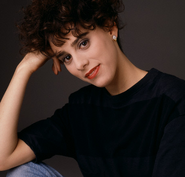 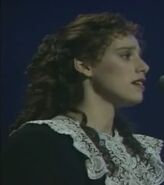