Les Misérables Wiki
Register
Don't have an account?
Sign In
Advertisement
in: Characters, Characters in the musical, Anime Characters,
and 4 more
English

Inspector Javert is the main antagonist from the novel Les Misérables by Victor Hugo and its musical adaptation.

As described in the book: Javert is a very tall, robust man with a flat nose, thin lips, narrow brows, a large jaw and a narrow head. "Locks" of hair cover his narrow forehead and fall over his eyebrows. The hair is dark and immaculately combed. Javert is defiantly mentioned to have big hands. He is hard of aspect and described to resemble a wolf-dog.

As described in the book: He wears a grey tail-coat and a cravat. He owns a tunic with buttons, that has a collar buckle at the back of his neck. In addition he is mentioned to wear a great coat buttoned up close to his chin. It may be interpreted that the uniform coat is blue. A low-brimmed hat adorns his head. A cudgel is part of his equipment.

Javert can be summed up in one sentence, "He is a man who lives, breathes, eats, sleeps, and would die for justice, in the form of the law," and all that implies.

He acts confidently and decisively, and never doubts himself once he has already acted. He is not given to fancy or whimsy, and whatever creative thought he has is usually bent to the accomplishment of his duty--his sole source of satisfaction in life. Because of this, he doesn't often read anything irrelevant to his job. His confidence and total knowledge of himself and his abilities allows him to stay absolutely calm in stressful situations such as his job will require; he went ahead into the den of the Patron-Minette, a dangerous Parisian gang, by himself.

Javert is ruthless and straightforward to a fault--this inflexibility of his is sometimes cruelty, as in the case of Fantine--because of his law fanaticism. He carries out his orders to the letter, and because of his awkwardness and tacit outcast status, he tends to err on the side of severity more often than not, scaring everyone he meets. His brutal honesty makes him both an irreproachable policeman and a terrible spy.

His deadpan sense of humor sometimes serves to make him even more frightening, such as in his dramatic entrance to the 'Jondrette' household with the line "Would you like my hat?" and other times simply makes him funny. When he's not snarking, however, he tends to be abrupt and serious, talking in concise sentences.

On occasion he allows himself a pinch of snuff when especially satisfied with himself. He also has the habits of muttering into his cravat, fiddling with small objects, and dramatizing tense situations (such as the confrontations with Valjean and Patron-Minette).

Though at first glance Javert seems as straightforward a character as he would no doubt like you to believe, he has serious issues in his worldview and his self-image. Due to the inflexibility and abrupt decisiveness inherent to his beliefs ("if you abide the law, you are good; once you break it, you are evil"), he is quick to condemn and has no intention of trying to understand any deeper moral struggles or dilemmas, such as the situation of 26-year-old Jean Valjean. Since he never encounters any contradictions to this worldview that smack him in the face, he's quite willing to ignore the evidence and hold on to his overly simple black-and-white belief system, which is part of the reason he is confident to the point of recklessness.

Since he himself falls into the "evil" part of his world--being the son of criminals--his self-image has suffered; on multiple occasions in the book, he makes it clear that he doesn't believe he deserves good things in life, including kindness that he doesn't ask for, and he considers himself worthless due to his origins. The satisfaction he derives from persecuting lawbreakers can be seen as his own way of coping with his crushing self-reproach, though as a coping mechanism little can be said for it.

Apart from his own self-loathing, his black-and-white worldview doesn't appear to cause him problems, though it's quite prominent, until the chapter Javert Derailed (also Javert in Disarray, Javert Off the Track, Javert's Derailment, etc.). Jean Valjean sparing his life, even when there was a considerable benefit to not doing so, means that Jean Valjean--an ex-convict, a parole-breaker, a recidivist besides--is good. That a man can be good despite the law condemning him, that justice is not equal to the law, is something Javert has never had to consider--until his life is spared by one of these walking contradictions.

His inability to cope with this realization is what leads him to commit suicide by jumping into the Seine. 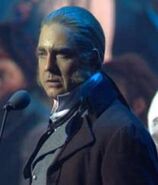 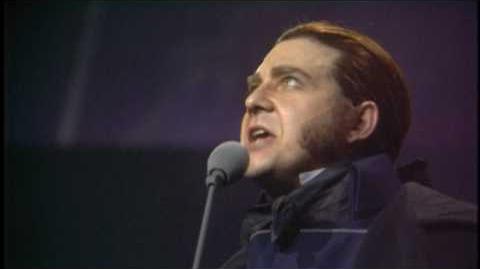 Javert caught as a prisoner under Les Amis

Javert at the Seine 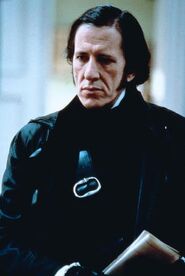 Novel and Other films[] 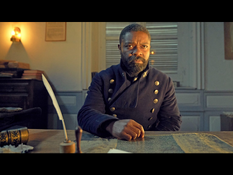 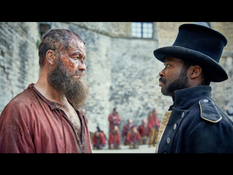 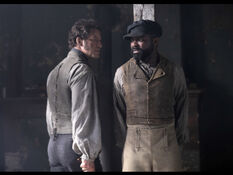 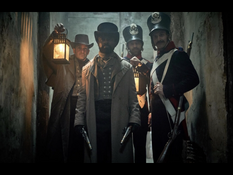 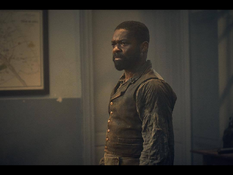 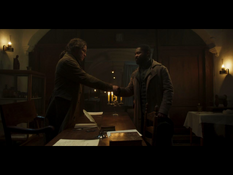 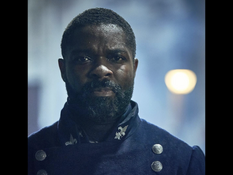 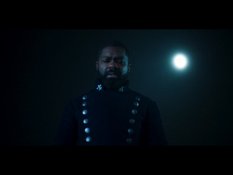