The Gorbeau House or Gorbeau Tenement is an old building where Jean Valjean and Cosette lived shortly, after Valjean rescued Cosette from the Thénardiers. It was also known to the letter carriers as No. 50-52. At first sight, it "seemed as small as a cottage yet was, in reality, as vast as a cathedral." The book also described that it "stood with its gable end toward the highway, and hence its apparent diminutiveness. Nearly the whole house was hidden. Only the door and one window could be seen.".

Years later, the house was turned into an apartment where Marius lived, near the Jondrettes (The Thénardiers in disguise). 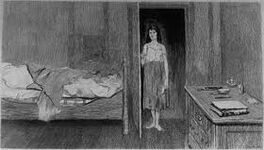 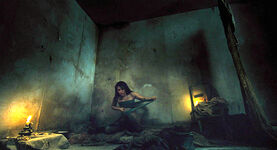 Éponine disguising herself as a boy
Community content is available under CC-BY-SA unless otherwise noted.
Advertisement