Les Misérables Wiki
Register
Don't have an account?
Sign In
Advertisement
in: Characters, Characters in the musical, Anime Characters, Cosette

Cosette is one of the main protagonists in the novel Les Misérables by Victor Hugo. She is the illegitimate daughter of Fantine and Félix Tholomyès. Her birth name is Euphrasie but she is referred to throughout her life as "Cosette." As a small child, she is left with the Thénardiers and their children, who horribly abuse her while indulging their own young daughters, Éponine and Azelma. On Christmas of 1823, Cosette is adopted (and saved) by Jean Valjean. Later she grows into a beautiful young girl and marries Marius Pontmercy near the end of the story. She is also one of the few characters to have survived the entire course of the novel and musical.

When she is nearly three, Cosette's mother, Fantine, leaves her with the Thénardiers and gives them money to look after her. The two similarly-aged daughters of the Thénardiers, Éponine and Azelma, play with Cosette upon their first meeting and are kind to her. Later, the sisters begin acting cruelly towards her, following their parents' example. They tease her and, at times, ignore her completely. Monsieur and Madame Thénardier themselves mistreat Cosette and force her to do all the work around the inn - sweeping the floors, scrubbing the tables, beating the rugs, etc. Cosette is forced to dress in rags and go about with no shoes even in the snow and is regularly beaten. Meanwhile, Éponine and Azelma are spoiled and indulged by their parents and have many lovely toys and dresses; they play games all day.

While Fantine is ill in the hospital, Jean Valjean (at this point going by Monsieur Madeleine) promises her to get and retrieve Cosette for her, but Fantine dies before she can see her beloved daughter again. However, Valjean is still determined to find and adopt Cosette despite being pursued by Javert.

On Christmas Eve of 1823, Madame Thénardier sends Cosette out into the woods at night to fetch a pail of water, and after initially lying to avoid the task, Cosette is reluctantly forced to obey. There, she is met by Valjean, who is startled to discover that she is the child he'd been looking for. He helps her and accompanies her back in the inn. He sees how Éponine and Azelma are unkind to her when they go to their mother and point at Cosette for "stealing" their doll. After seeing this, he leaves the inn for a while to buy a brand new expensive doll that cost about 30 Francs - a princely sum. She names her doll Catherine. Later that night, Cosette naively places her wooden shoe before the fireplace next to Éponine and Azelma's shoes in hopes of receiving something from Father Christmas, though she knows that Father Christmas always misses her. Valjean anonymously places a gold Louis coin in her shoe.

On Christmas Day, Valjean informs the Thénardiers that the real reason he is at the inn is because he wants to take Cosette with him. Mme. Thénardier immediately agrees to this, but M. Thénardier pretends to have adoration for Cosette and acts reluctant to give her up. Valjean levels with M. Thénardier, who then admits that he has debts amounting to 1,500 francs, which Valjean then agrees to pay, and he and Cosette leave the inn. However, Thénardier tries to swindle more money out of Valjean by running after them and telling Valjean that he has changed his mind and how he does not want to give Cosette away. He informs Valjean that Cosette's mother had entrusted her to their care and that he cannot release Cosette to a stranger without a note from her mother. Valjean, agreeing with him, hands him a letter signed by Fantine. Thénardier then attempts to order Valjean to either return Cosette or pay a thousand crowns, but Valjean ignores him and leaves with Cosette.

Valjean takes Cosette directly to Paris. They lodge at Gorbeau House, and Valjean begins giving her a basic education. When Javert discovers Valjean's whereabouts, Valjean and Cosette are forced to escape. After climbing over a wall, they soon find themselves in the Petit-Picpus Convent. The gardener Fauchelevant, who was once rescued by Valjean in Montreuil-sur-Mer, recognizes "Monsieur Madeleine" and is eager to help him. Valjean poses as Fauchelevent's brother, assuming that name for Cosette and himself, and the two live peacefully in the convent for many years. Valjean works with Fauchelevent while Cosette is educated. Over time, she appears to have no recollection of her childhood before arriving at the convent. She leaves the convent at the age of thirteen for Paris. It is here Cosette receives her unofficial surname, Fauchelevent.

Valjean buys a house in Rue Plumet and hires a maid, Toussaint: the old villa faces a huge and wild garden, where Cosette plays on her own and discovers nature, with Valjean's delight. Father and daughter start walking at Luxembourg Gardens, always in the same boulevard, avoiding people and the rest of the world.

At Luxembourg Gardens, Cosette notices a handsome but miserable young student, Marius Pontmercy: she likes him and, as time goes by, when they look at each other every day in the park, she falls in love with him without knowing him; Marius instead still finds her ugly and badly dressed and does not even think about her.

Meanwhile, the girl finally begins flourishing and becomes as pretty as her mother, growing into an elegant and charming lady under Valjean's eyes, who is scared of losing his beloved child and dying alone. Even if she does not remember her childhood, Cosette brings the scars of Montfermeil anyway and develops a melancholic and pensive nature under her cheerful attitude.

Now that Cosette is very beautiful and pleasant-looking, Marius changes his mind and grows fond of her, stalking them and sitting on the nearest bench at Luxembourg. When Valjean takes notice of Marius’ affections, he sees him as a coward for not confronting him and seeking approval to court her. He also suspects that he wants to take advantage of the girl's innocence. After Marius discovers their address, Valjean then takes Cosette away from the Luxembourg Gardens and moves to another house, in which he thought Marius was a hired spy by Javert.

Marius spots Cosette again during a charitable visit she and Valjean make to the Thénardiers at Gorbeau House, beside his flat. He asks Éponine to find her new address for him, and she reluctantly agrees. After many weeks, Éponine finds their new home and takes him there. He idly watches Cosette for a few nights before approaching her.

Cosette, on the other hand, does not understand her feelings for Marius, as her traumatic upbringing chez the Thénardiers and at the convent brought in her life no sense of love; she spends her days with Valjean in quietness and almost in contemplation.

When Cosette and Marius finally meet again in Cosette's garden, they confess their love for each other and promise to spend the rest of their lives together. The relationship is briefly endangered when Valjeans wants to flee to England and Marius almost dies at the barricade, but after Valjean saves Marius the two meet again,

In February 16 of 1833, Marius and Cosette are married. The next morning, Valjean tells Marius of his criminal history. This leads Marius to believe Valjean is dangerous, and asks him to leave him and Cosette. Valjean wishes not to be permanently separated from Cosette, so Marius grants him a visit every evening. But slowly, he makes it clear that Valjean is not wanted in the house, so Valjean leaves and never comes back. When Marius finds out through Madame Thénardier that Valjean had saved him, Marius and Cosette go to Valjean, now on his deathbed. Valjean then shares the last minutes of his life with Marius and Cosette, while Cosette learns from Valjean about her past and her mother Fantine.

At thirteen-years-old, Cosette was described to be noble-looking and beautiful just like her mother when she was young: a wealth of chestnut hair that was flecked with gold, a perfectly fair complexion with a rosy flush in the cheeks, a marble-like forehead, an exquisite mouth the smile of which was like sunshine, and deep blue eyes with long chestnut lashes. Her figure was statuesque, slender but voluptuous.

Clara Verdier in the Mexican Cast of 2018

Isabelle Allen (Little Cosette) during Come to Me (Fantine’s Death)

Young Cosette as an icon of Les Miserables

Young Cosette during a Castle on a Cloud

Isabelle Allen as young Cosette in the 2012 film

Young Cosette with Jean Valjean in the 2012 film

Amanda Seyfried as Cosette in the 2012 film

Cosette as she sees Marius after the Robbery

Cosette during The Robbery

Cosette during In My Life

Cosette during In my Life

Cosette after In my Life, before A Heart Full Of Love

Cosette in A Heart Full of Love

Cosette during a Heart Full Of Love

Cosette with Marius Pontmercy during Everyday

Cosette during the Epilogue

Cosette during Epilogue with Marius right after Valjean dies

A Heart Full of Love

Other films and Illustrations[]

Child Cosette in the novel

Cosette as a toddler 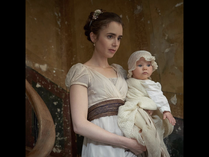 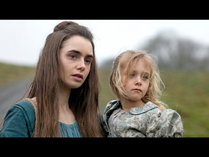 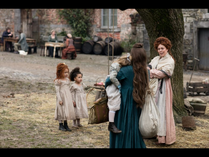 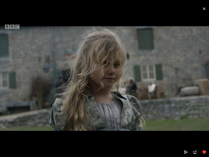 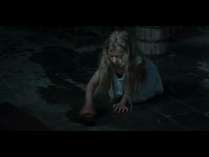 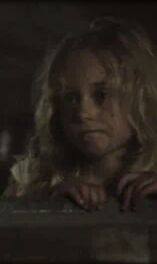 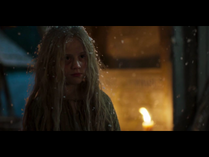 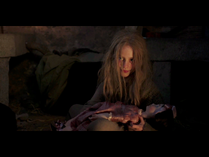 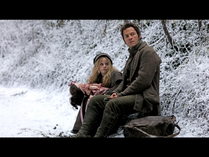 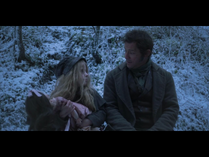 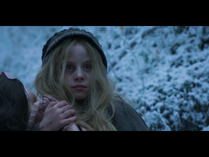 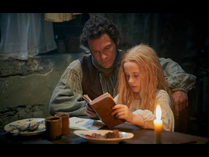 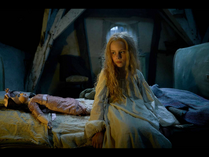 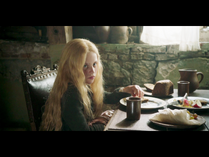 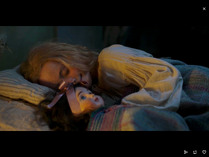 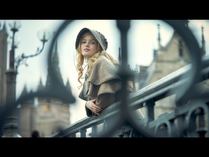 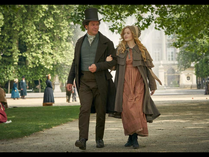 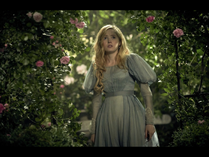 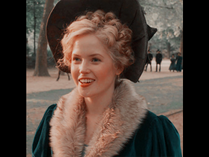 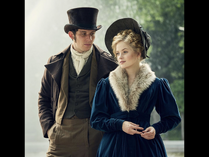 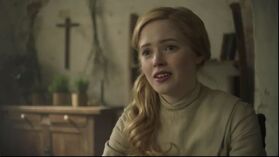 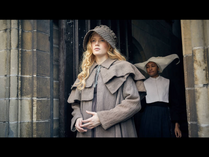 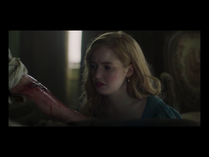 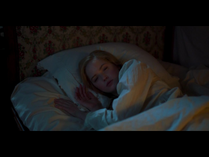 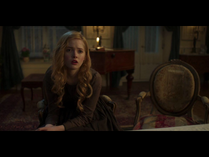 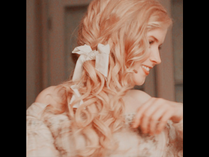